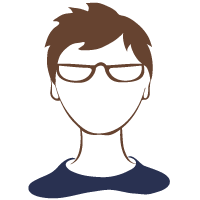 Could Your Rabbit Be Experiencing Bad Health?
28 November 2022

Rabbits are fun to watch and play with and are pop …

Read More
Does Professional Pet Grooming Have Any Benefits?
26 August 2022

As a dog owner, you will want to do everything pos …

Getting your first pet, whether you choose a cat, …

If you're the new owner of a puppy, one of the fir …

This article looks at why you should use ultrasoun …

Kittens adapt to their new homes quite quickly, but they can get very scared when you first bring them home. After all, they're probably leaving their mother, siblings and everything familiar. Cat adoption is a great thing, but unfortunately, people often make several mistakes with the carrier that only increases feelings of unease. Make sure you don't make these errors.

Maybe you have other cats at home, or maybe your previous cat died recently and you're adopting a new kitten to take their place. Perhaps a friend is willing to lend their carrier. It might sound like a fine idea, but it's not in the kitten's best interests. You see, another cat's carrier is going to have that cat's scent on it. When you're taking a kitten home, it's already going to feel more than a little anxious. Putting it in an enclosure that smells of another cat they've never met is only going to help make the process more stressful, so buy a new carrier.

Some people think they can use a large cardboard box or the crate/carrier of a larger animal, usually a dog. While these might enclose the kitten, they probably aren't going to make them feel very secure. If you've ever seen a cat scared, you might have noticed that they tend to back themselves into corners. If you went to look at cats at a cattery, you probably noticed the nervous ones bunching towards the backs of their cages. This makes them feel more secure because they know nothing can approach from the sides or from behind. Giving your new kitten too large an enclosure will only make them more frightened.

Okay, so going too large is out, but you'll also want to avoid going too small. You'll want the cat to have enough space to move around and turn around. If you don't, they'll feel trapped. Also, it's nice to have a box big enough for them to grow into and use as an adult cat. Make sure you pick up a carrier meant to carry an average adult cat.

Not Putting in Towels

Finally, don't make the mistake of not putting any towels into the bottom of the carrier. It doesn't actually have to be towels, just something soft and warm. This is nice for the kitten — it makes them feel more protected and at home. More importantly, kittens are likely to have a little accident if they get scared, so you want something that will slightly absorb any urine. They may also get carsick. Your kitten will only get more stressed if they get become covered in their own vomit or urine.